More tours when in Venice

Lets make a toast to Prosecco. The Italian sparkling wine for every celebration.

Prosecco is a sparkling white wine from north-eastern Italy, specifically the Veneto and Friuli-Venezia Giulia wine regions. It is also the informal name for the grape variety used to make these wines, which is known officially as Glera. Since July 2009, the name 'Prosecco' has been regulated and protected under DOC law, ensuring that wines labeled with the name come only from the specified areas of north-eastern Italy. Things are changing for Prosecco. Once it was an over-sweetened fizz whose name could be used by all and sundry; it could even be sold in cans. In the early days it bore a strong resemblance to the low-quality Asti (then called Asti Spumante), but over the years it morphed into a kind of poor man's champagne. It was used by wine educators to demonstrate the quality difference between sparkling wines made in the methode traditionelle and those made by the Charmat method. But as production and viticultural techniques improved, so did the wines. The bubbles began to get finer and more persistent, the flavors and aromas developed a subtle complexity and the excessive sugar additions once used to cover up winemaking defects lessened. Now Prosecco has become more than just a partner for peach puree in Bellini cocktails. Prosecco 'Colline del Prosecco', Treviso, The Prosecco DOC covers three styles of wine: still Prosecco, lightly sparkling Prosecco Frizzante and foaming Prosecco Spumante. It also has two viticultural sub-regions identified within its laws: Treviso in Veneto and Trieste in Friuli (the Asolo/Colli Asolani and Conegliano-Valdobbiadene titles have their own independent DOCGs). The still form of Prosecco is rarely seen outside Italy. Few are even aware that this wine, so overshadowed by its sparkling siblings, exists. The distinction between the spumante and frizzante wines also goes largely unnoticed: it is the difference between 2.5 and 3bars of pressure inside the unopened bottle. All Prosecco wines are made predominantly from the Prosecco (Glera) grape, which must account for 85% of the final blend. The varieties permitted to make up the remaining 15% are local varieties erdiso, Bianchetta Trevigiana, Perera and Glera Lunga and the international sparkling winemaker's stock repertoire of Chardonnay, Pinot Bianco, Pinot Grigio and Pinot Nero (also known as Pinot Noir). Naturally the Pinot Noir must be vinificato in bianco ('made as a white wine'), as the Prosecco DOC laws do not (yet) allow the production of pink Prosecco Rosato. The frizzante wines are typically cheaper than their spumante equivalents, and have a lighter, less persistent mousse. They bear a greater resemblance to the older style of Prosecco, while modern Prosecco Spumante is earning a reputation as a sparkling wine style in its own right rather than as a cheap alternative to champagne. According to the 2009 version of the Prosecco disciplinare di produzione (the legal document which outlines the DOC's production conditions), there are four sweetness levels which apply to Prosecco wines. From driest to sweetest, these are Brut, Extra Dry, Dry and Demi-Sec, and are based on the EU's standardized wine sweetness labeling terminology. The final paragraph of the Prosecco DOC document makes clear the position on selling Prosecco in cans. Per il confezionamento dei vini spumanti e frizzanti sono consentite solo l uso delle tradizionali bottiglie in vetro, or 'For the packaging of the "spumante and frizzante" wines, only the use of traditional glass bottles is permitted'. It ends by clarifying that clear, yellow, green, brown and smoked glass are permissible. 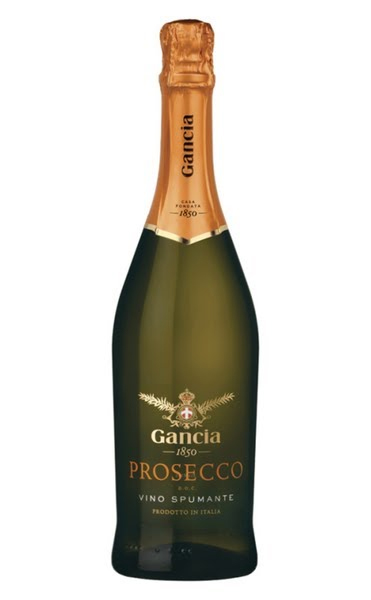 Venice "La Serenissima". Unique. An icon of Italy and its most enchanting city.